After several years of trying, I am excited to report that renewable energy has returned to Bottom Farm!

As a family we have always been environmentally aware and energy efficient even if, originally, we didn’t realise it. Let me explain. Most actions we take as a society to become more energy efficient are driven nowadays by doing the right thing for the environment and for future generations. In my mind this is the right thing to do. However, these actions are also good common sense and a great way to save a bit of money.

Many years ago, my pioneering Grandfather became one of the first people in Britain to generate electricity from a windmill for his home, see the timeline on our website showing this. He also built his own solar panels to heat water, so he could have a hot bath in the evenings. Later, my Father made his own central heating boiler to burn waste timber from the local timber yard to heat our house. I remember as a teenager in school holidays, having to fill and light the boiler every morning with six-foot lengths of off-cut pine, leftover from the manufacture of garden sheds and fences. Without this boiler, we wouldn’t have hot water, or a warm house.

Today such practices would be applauded as great examples of people doing their bit for the environment. However, the reality was that both my Father and Grandfather, were driven by ways to run their homes efficiently in order to save a bit of money. Plus they both enjoyed trying to do things a bit differently. Eventually the timber yard closed down and the boiler was at the end of its life, so it was replaced with a modern oil-fired central heating boiler. 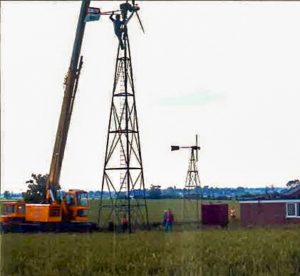 Move forward a few years and people became more aware of our effect on the environment and potential ways to ‘reduce one’s carbon footprint’ by creating ‘renewable energy’ using a whole range of new and exciting technologies such as: solar photo voltaic systems; biomass boilers or combined heat and power; ground source heat pumps; rain water harvesting and several more. We have collected rain water both on the farm and at our home for many years. Our youngest daughter, Amelia, was talking about this in her geography class only the other day, not realising that this is still relatively unusual, as she assumed this was standard in all homes and couldn’t understand why not.

Apart from rainwater harvesting and other good practises like using LED lighting, or even encouraging people to turn lights off, or to keep doors closed when it is cold, we have not had any renewable energy at Bottom Farm for over fifteen years. This was not for lack of trying though…

Around the turn of the Millennium, we looked at installing a wind farm on the farm. I was keen to follow in my Grandfather’s footsteps and thought people would love the idea, but unfortunately our neighbours in the village were not quite as enthusiastic as I was. We gave up on that idea soon after. Later, when Farrington Oils needed more electricity, I looked at putting solar panels on the factory roof, however it turned out that as we live in a small village, with Bottom Farm being at the end of the power line, we had the wrong sort of electricity and not enough of it to work with solar panels. So again, a dead end. 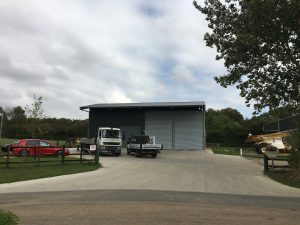 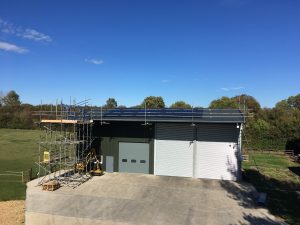 We now finally have solar panels on two barn roofs, which will generate over half the total electricity we use at Bottom Farm. So, when you enjoy using Mellow Yellow in your cooking, just think, your little bottle of sunshine is grown using the power of the sun and then cold pressed with the power of the sun too. Surely that’s got to be good for all our futures? 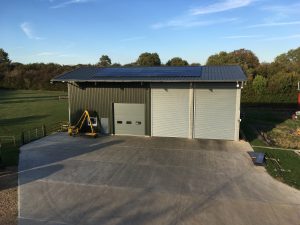