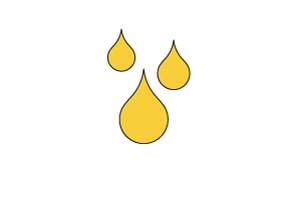 This article was written independently by The British Nutrition Foundation (www.nutrition.org.uk), outlining the nutritional composition of different culinary oils.

All edible oils contain a mixture of different types of fat but the proportions of each vary. For health, it is best to choose oils which contain lesser amounts of saturated fat for everyday use and use those which are high in saturated fat (such as palm oil and coconut oil) sparingly. This is because saturated fat is known to raise blood cholesterol and high blood cholesterol is a risk factor for heart disease.

All edible oils contain some saturated fat but the ones which contain the least include rapeseed, linseed, walnut, sunflower and olive oil. While the essential fatty acid linoleic acid (omega-6) is present in large amounts in many edible oils, the other essential fatty acid, alpha linolenic acid (omega-3), is found in significant amounts in only a small number of oils including rapeseed, soya, walnut and linseed oils. 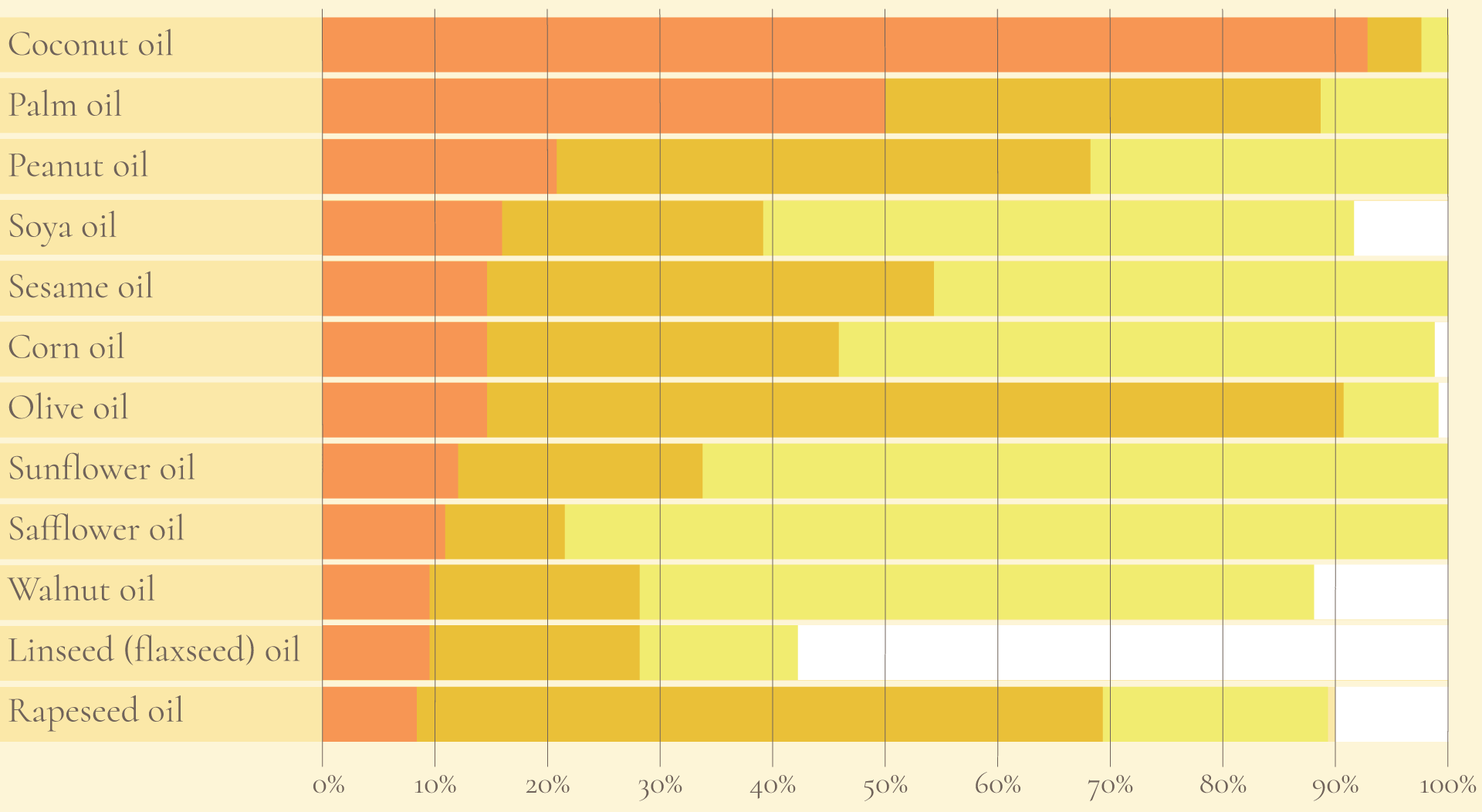 In the UK, our average intake of saturated fat is above the recommended maximum of 11% of food energy set by the Department of Health. In fact, average intake in adults (aged 19-64 years) is 12.7% and it is slightly higher in older people (13.4% in those aged 65 years and over). So, we all need to reduce our intake by at least 10%. Consumption of monounsaturated and/or polyunsaturated fat in replacement of saturated fat has been shown to lower blood cholesterol. Blood cholesterol lowering may reduce the risk of heart disease.

Edible oils tend to contain naturally occurring plant compounds called polyphenols. The amount and exact type of polyphenols present in different oils varies depending on which plant food the oil is derived from and how the oil has been processed - for example, refined oils normally contain smaller concentrations than unrefined oils. Polyphenols can be destroyed if heated. Using an oil which is high in unsaturated fat and also rich in polyphenols on your salad could be one way of increasing your intake of polyphenols but polyphenols are also present in higher amounts in other plant foods such as fruits, vegetables and wholegrains which should form a much larger part of the diet.

As well as containing the lowest amount of saturated fat of the oils listed above, rapeseed oil is high in monounsaturated fat and omega 3 fatty acids and contains both of the essential fatty acids (alpha linolenic acid and linoleic acid). Cold pressed rapeseed oil also contains polyphenols, plant sterols and carotenoids.