On Tuesday 25th June, we welcomed almost 400 people to Bottom Farm, the home of Farrington’s Mellow Yellow. We were this year’s host of Universal Cookery and Food Festival. This festival is held at a different venue each year and is attended by chefs, food producers and food industry professionals. We have attended in previous years when it has been hosted at Laverstoke Park (where Jody Scheckter makes his famous Buffalo Mozzarella), Padstow Farm Shop and Westlands Nurseries (the home of microherbs and edible flowers) and Duncan has always thought that Bottom Farm would be an ideal location. After working out if it would be possible and scouting locations for all the different parts of UCFF, we were honoured to be chosen as the host for the festival in 2019. 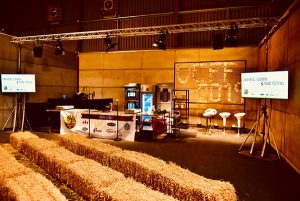 After months of organising, the week of the festival arrived. Our grain store was transformed, with two bays being used for food producer’s stalls and a main stage and a game stage being built at the back of each. Outside, a huge marque was built, with even more food producers inside, and an ice cream van, falconry and deer on the grass outside. With plenty of entertainment going on throughout the day, guests were kept busy with superb demonstrations and talks and on the stages about topics relevant to the food industry today, Mellow Yellow farm and factory tours, foraging tours and clay pigeon shooting. Throughout the day, a team of chefs headed by Alan Paton, Matt Wilby and their team, alongside trainee chefs from Northampton College cooked breakfast, lunch and a BBQ for all guests, including truly delicious bacon buns, smoked pigeon chimichurri, crispy chicken wings, a ploughmans grazing station and tasty salads. 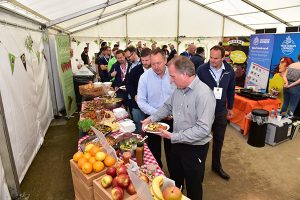 UCFF was established by three chefs from the Craft Guild of Chefs – Jon Feeney, Lee Maycock and Ian Nottage. They wanted a show created by chefs, for chefs, full of an eclectic mix of demonstrations, workshops, in-land and coastal foraging, farm tours and live debates to create an event unlike anything else available. 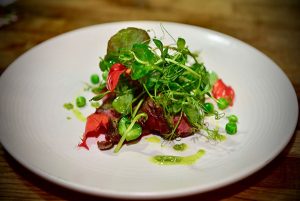 A true field-to-bottle experience. First we took guests into a field of rapeseed and explained how we grow our crops to sustainable LEAF Marque standards, the timeline of a growing rapeseed crop and the harvesting process. After this, the tour moved into our production barn where guests were able to see our oil presses gently squeezing the rapeseed to produce oil, filtering and storage of oil and then finally, the oil being bottled ready to be sent to shops and restaurants around the country. 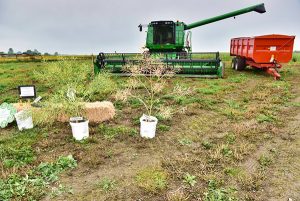 Fred the Forager hosted these tours. Fred is from Fruits of the Forage and is an expert is foraging the British countryside. He started by explaining that foraging comes from bees as they leave the hive every day and ‘forage’ for honey. Hogwood was a particular focus for Fred’s tour as he uses this a lot in his range of homemade jams and chutneys. This is an incredibly common plant in Britain and it was very interesting to hear Fred explain many of the uses for this relatively unknown plant. 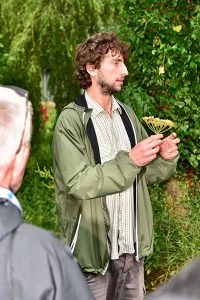 With the introduction of a Game stage to this year’s UCFF, clay pigeon shooting was an obvious activity to include. The British Association for Shooting and Conservation offered their ‘Have a Go’ clay shooting to guests. 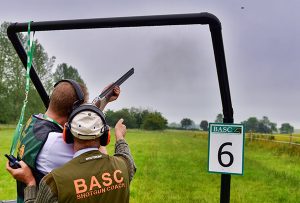 The day ended with a delicious BBQ and music by local band The Ouse Valley Singles Club. 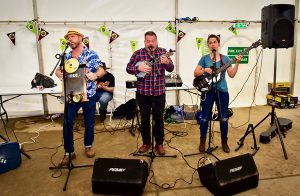 Hosting UCFF in 2019 was a huge honour for us and was truly a day to be remembered! For more information on future UCFF shows, visit their website or follow them on Twitter.

We’ve all been affected by the pandemic in some way. At Farrington Oils, most of our office is now...

Can you cook with cold pressed rapeseed oil?

Can you cook with cold pressed rapeseed oil? We get asked this question quite a lot, and the answer ...