Hill Farm Pick Your Own

Situated on the top of a hill, looking out over the city of Peterborough, Hill Farm Pick Your Own has been selling Farrington’s Mellow Yellow for over 3 years now. As a pick your own farm, they are one of our more unique customers and definitely one to be proud of.

Founded in the 1970’s, Hill Farm PYO started out when John & Jill Ivens bought the farm and decided to change it from a traditional arable and livestock mixed farm to a pick your own farm, growing fresh produce and allowing the public to pick it themselves. They started off with sweetcorn and expanded into raspberries, then strawberries and all the other produce that can be found today. Hill Farm is now run by John & Jill’s son, Paddy, and his wife, Susannah. They grow an incredibly wide variety of fruits and vegetables, with the aim of extending the picking season so you can enjoy fresh, hand-picked fruit and veg for even longer. Strawberries have remained the best selling fruit each year, in fact most people know it as ‘the strawberry farm on the hill’, but pumpkins are now gaining popularity and are the second best seller. With the farm decorated with ghosts and pumpkins in all shapes and sizes, it’s not hard to see why people continue to flock to the farm in the cold of October.

We visited Hill Farm about a week into July, when there would normally be row upon row of strawberry-filled plants, however, due to the unexpectedly hot June we had this year, they were down to their last two varieties! This is one of the excitements of farming, so much is down to the weather. This year, everything has ripened at the same time rather than being spread out over the summer months. However, hidden in the rows there were still plenty of strawberries ripe for the picking! 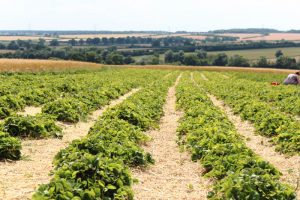 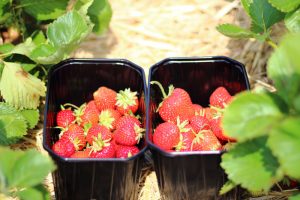 A few years ago, pick your own had a bit of a dip in popularity, but now it is definitely back in fashion and incredibly popular as a family day out. Susannah says that it takes people back to the old way of cooking; using seasonal vegetables when they’re available. Some people even visit the farm and pick buckets of fruit to be frozen and last them the entire summer.

Keeping the crops healthy is very important. Hill Farm PYO run on a 3 year crop rotation which helps maintain the soil and keep the fields producing the very best fruit and vegetables. As well as their crop rotation, Susannah and Paddy make sure that there is a daily inspection of the fields and that a different field is picked each day. 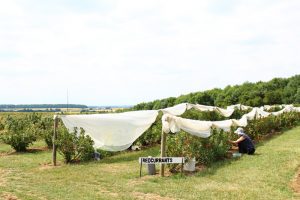 In addition to pick your own, Hill Farm also has a shop which sells a selection of pre-picked produce as well as local products, which is where we come in. Our full range of products is available on a beautiful stand behind the counter, and they tend to sell lots of our rapeseed oil later on in the year as it is perfect for when the squashes are in season. In fact, we have a brilliant recipe for squash season: http://farrington-oils.co.uk/recipe/chilli-chorizo-butternut-slice/ . 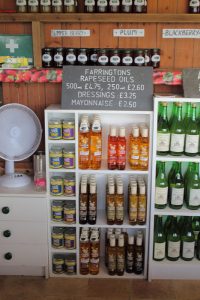 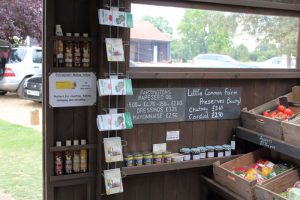 Hill Farm Pick Your Own is open from June to the end of October, so if you’re nearby it is definitely worth a visit this summer, just remember to call ahead to see what is available for picking each day. Website: www.hillfarmpyo.co.uk, phone number: 01733 233270.

We’re so excited to share our eagerly awaited, wonderful new dressing with you! Introducing Mellow...